eBay, a Tale of Love and Loss

I love to buy fabric. Probably every quilt shop owner in a 50 mile radius knows me by name (kind of like Norm on the old television show Cheers). And if I'm not buying fabric in person, buying it in my pajamas in front of my computer is almost as good.

A few weeks ago one of my favorite e-retailers, who sells both on eBay and Etsy, sent me her newsletter and I spied this little beauty -- three yards and 30" inches of Philip Jacobs loveliness in yellow seashells. The starting bid was $14.95. While I was not naive enough to think this gem would go unnoticed, I wanted it badly. So I added it to my eBay "watch" list. I have a yellow quilt planned that will be made entirely of Kaffe Fassett Collective fabrics, and even though I've bought plenty of fabric for the front of the quilt as well as the back, this would have made a fabulous border. I planned my Sunday evening around being at my computer as the auction wound to an end. Sadly, I lost the auction by $1 with three seconds to spare. There wasn't even enough time for my competing bid to go through. I was a sad girl when I went to bed that night. 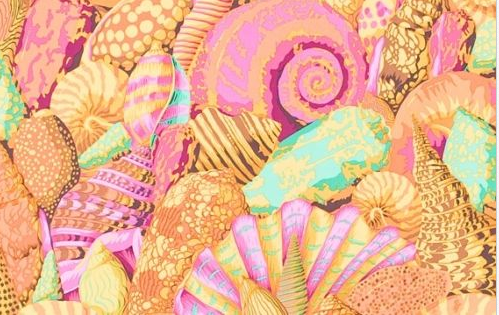 A few days later, I bid on this lot of eight fat quarters. I really liked the typewriter fabrics and the camera fabrics. After my recent loss, I didn't want to love them too much. So, I put in a maximum bid of $10 and went to bed. In the morning, I found that I had won the entire lot for $7.24. Even with the shipping, the fat quarters were less than $2 apiece. 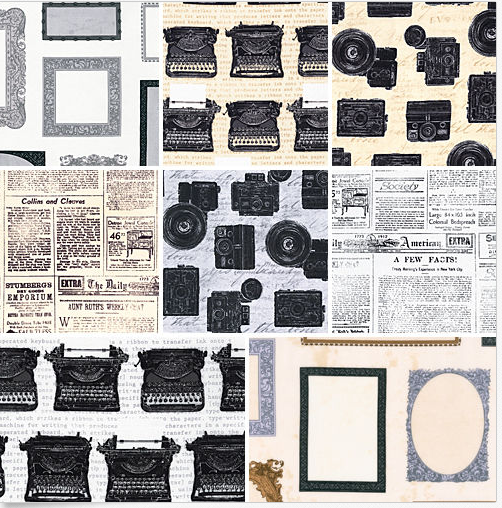 Pugs and kisses,
Nancy
Posted by PugMom at 9:53 PM